Shimaguni is a rules light roll and keep D10 game based off 1990’s most popular samurai RPG’s: roll your character’s relevant stat + relevant skill, and keep a number of the highest die equal to the stat. Role play, discover and fight through this minimalist fantasy rpg.

In order to download this game you must purchase it at or above the minimum price of $3.50 USD. You will get access to the following files:

Eh. Author said inspired by (clearly L5R); so being at least a little culturally out of touch kinda comes with that territory (yeah I loved L5R back in the day, but it did have its "yeeeeshh" moments). It's not a bad take on the genre, though!

And the system seems fine. It's clearly focusing on 1 on 1 samurai duels. The rules seem pretty tight actually. Looks like most swordfights would take a while though given the damage track (similar to L5R)... but the manuvers and stuff seem inspired. All in all, a solid rules-focused take on fantasy samurai fights.

But indeed the Japanese use is a little Fingernails-on-Chalkboard. The biggest slap in the face is the combination of Chinese and Japanese in "Zhou Shima" (the setting name) (is it supposed to be like 周, like the Zhou Dynasty of China? Why is it half Chinese and half Japanese???).

And of course, right on the cover, is (in Japanese quasi-katakana) "Rohhl Plain Turtle". That got a laugh on Japanese TRPG Twitter. It's 100% okay not to know Japanese and write a game loosely based on Japan! Language and design are totally two different things, and it would be foolish to say that someone inspired to write a game about Culture X must master Culture X's language or anything like that.

...But in that case, maybe go on reddit/twitter or something and ask, when you plan to make up Japanese-sounding names or write in Japanese. Folks will chime in for free if it's just a word or two.

BTW, RPG in Katakana would be ロールプレイングゲーム

Hey!
Thanks for your honesty. There's a lot to be polished and a bunch of other things will be addressed in further material I plan on publishing throughout the year.
Regarding translations (I was discussing the issue just recently with another backer) translating words from one language to another, or mixing chinese with japanese words was a deliberate choice as to generate some level of strangement... It could have been a little more nuanced and that is totally on me.
Next time i'll guess i'll have to be more explicit regarding the language mishmash. As you correctly stated above, this is a game loosely based on asian aesthetics (samurais mainly but there is plenty of room for other characterizations) and wants to be a fantasy setting on its own, it is not intended to be read as an historical take on asian cultures.
On a different note, I would like to get in touch with you regarding another issue.

p.s. Google translate did me on that one, but I kind of like ''Rohl plain turtle'' now. 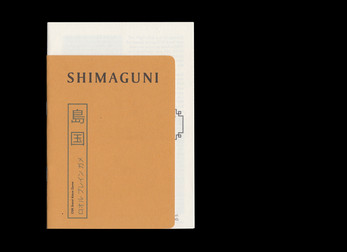 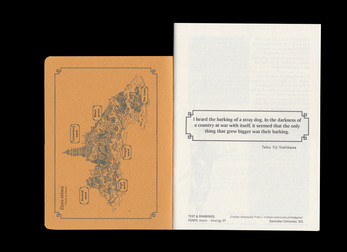 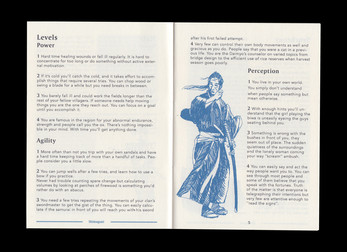 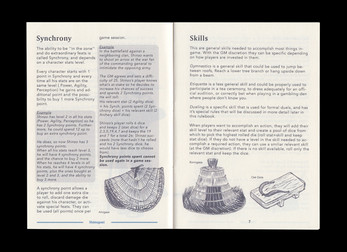 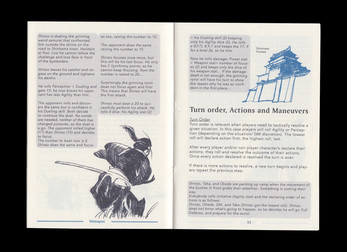 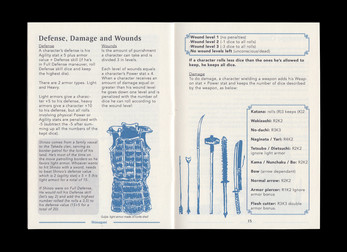 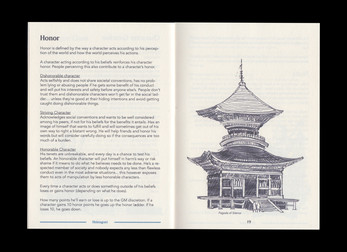 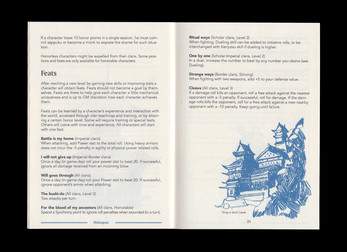 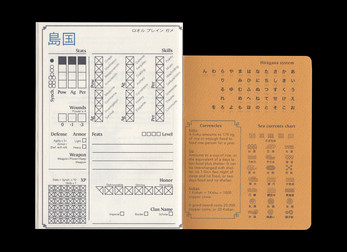